Governors are the school's strategic leaders and have a vital role to ensure every child gets the best possible education.

You can contact the Governing Body through the School Office or by emailing: chair@miltonroad.cambs.sch.uk

Matt was elected a co-opted governor in March 2015 and re-elected in March 2019. He has three girls, two who have been through Milton Road and are now at Chesterton, and one in Year 6. He volunteered because he wanted to assist the school on its improvement journey and felt that the financial experience he had gained from his day job might be a beneficial addition to the governing body’s skill set. He believes that a sound financial footing and obtaining best value for money are important foundational elements of success for the school. 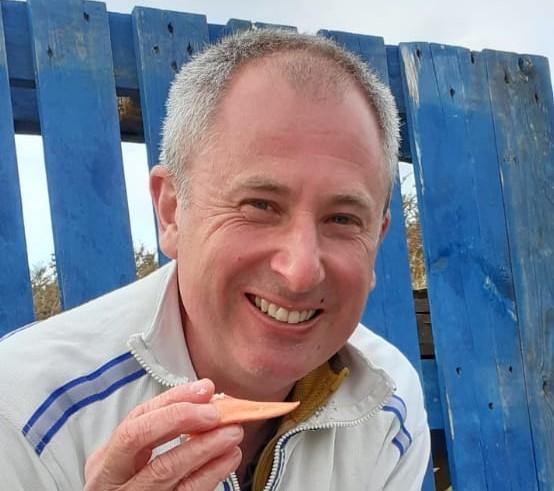 Iain became a parent governor in 2015.  He has two children who enjoyed their, in total, 9 years at Milton Road.  He volunteered because he felt his professional experience (team and board management) and strong interest in high quality education for all could contribute to the school.  Iain become Co-Chair of Governors in February 2019.  He is Head of Life Sciences at Cambridge Enterprise, University of Cambridge where he and his team build biotech and pharmaceutical commercial opportunities from basic research.  He is a keen bird watcher, squash player and climber. He enjoys Scilly Isles lobster.

Neil is a parent governor with two daughters, one in Year 5 and one who left the school in 2021 and is now in year 7 at Chesterton Community College.  His nephew, who also lives with the family, attended the school from Year 3 when he arrived from Romania not speaking any English and is now in Year 8 at Chesterton Community College.  Neil is on the resources committee where he hopes to use his experience of working overseas as an engineer on the planning, financing and management of water supply and water resources projects in a different sphere. He has worked widely overseas and believes his wide experience of working with people from different countries, cultures and religions is useful.

Drew joined the governing body in September 2018 as a Parent Governor, has two daughters, one in the school and one in year 8 at Chesterton Community College. Drew, who worked previously as an Executive Partner in IBM, now works for Liverpool Football Club where he is a member of the Executive committee and is the Senior Vice President of Digital Media, Marketing and Product. Drew joined the governing body to break from the corporate bubble and give something back to the school!  Drew hopes that his skills and experience in stakeholder management, corporate strategy, contract management and digital strategy and technology will be beneficial. Drew is passionate about helping every child receive the best education possible, recognising the difficult balance of curriculum and resources and the pressure teachers are under.

Ysanne has been a governor for over 15 years. Her own children, the youngest now in his late teens, enjoyed Milton Road School making friends and developing a thirst for learning.  Ysanne brings many years of governor experience to the Board and a breadth of educational knowledge. She has a wide interest in education as an education consultant and project manager working with schools across the UK, education publishers and government departments. She is also a governor at Brunswick Nursery School, Coordinator of Cambridge Early Years Teaching School and a local Cambridge City Councillor.

Anna became a governor in September 2018. She moved to Cambridge having lived and worked overseas for nearly 18 years in Sydney and Singapore where, as a parent, she experienced different education systems and approaches. Anna is a market researcher and behavioural science consultant and has significant experience working with multicultural teams. She became a governor because of an interest in the potential application of behavioural science in education and a wish to become more involved in the local community.

Richard became a governor in November 2020. He is a teacher at a local private secondary school, where he has been Head of Physical Education, taught Science and IT, and is currently Head of Tennis and the Navy Section of the Cadet Force. He has led many Outdoor Education and Sports trips, and has previous experience in a Prep School, an American Camp (for age 8-16), four secondary state schools and an exchange to NSW, Australia in 2010.

He hopes his professional experience will be useful to the Governing Body, and that this position will give him an insight of the strategies and challenges of a school in a different sector.

He enjoys being involved in the local community, where he has coached junior hockey and volleyball teams and sung with a number of choirs. His hobbies include racket sports, sailing and cycling. His wife is also a teacher, and they have three daughters, aged 15, 19 and 21.

Sonia has lived in Cambridge for over ten years and now works as a lecturer at the Faculty of Education, University of Cambridge. She researches education inequality and its link to deprivation. She is an evaluation specialist, working to understand what works for improving children’s learning and their progression through education, and to build evidence that schools and teachers can use effectively. She hopes she can use this knowledge in her governor role to help Milton Road Primary School.

Mike was elected as a co-opted Governor in November 2020. He has two children. His son has already completed his ‘lap' of Milton Road Primary School and his daughter who is now about half-way around. Through his children, he has been actively involved with the school since 2010 including being a parent assistant with the Year 6 Computer Club and along with a small group of other parents, he helped Dr. Catchpool to fund and organise the school's new(ish) IT Suite.

He is keen to help the school to continue improving and providing benefit to our children and our community. He is very keen on life-long education.

He works as an IT System Architect working at FIS (formerly Worldpay). With his 30+ years of I.T. experience and he hopes he can help ready the kids for the inevitably digital futures that await them. He enjoys time with his family, socialising with friends, cycling, hill-walking and exploring new places.

Rosie joined the governing body in January 2021. She began her professional life as a teacher in Cambridge before moving to London and then Cheltenham where she gained management skills. In 2015, she had her first child and returned to Cambridge, enjoying five years of full-time parenting and voluntary work. Rosie now works for Camcycle as an editor and administrator and she is secretary for the board of directors at ACE Nursery School. She volunteered for the governor role in full awareness that the challenges and demands faced by schools have never been greater. She believes strongly that a quality education combines academic achievement with a positive ethos and wisdom for living.

Richard became a governor in October 2018. Having first come to Cambridge as a student, he has lived in the city for over 15 years. Richard works in finance and research and has significant experience appraising corporate strategy and financial performance. He became a governor because of his desire to give something back to the local community and a belief he can help Milton Road Primary School via his financial knowledge. He has a son at the school and a daughter starting next year. 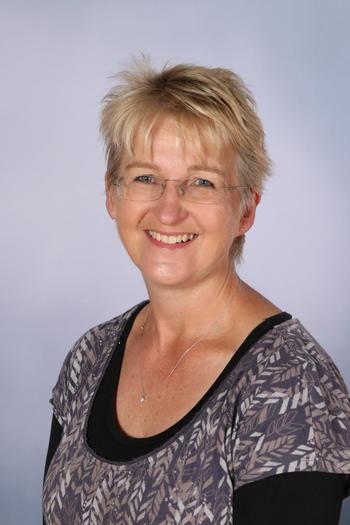 Mary Williams has taught at Milton Road Primary School since 2001. Before that she worked in schools in Teeside, Co. Durham and Berkshire as well as other schools in Peterborough and Cambridge. She has taught all primary age groups with the exception of Foundation stage. Over the years, she has been subject leader for PE, History, DT, Geography and Science and particularly enjoys taking the children out on trips and visits.

In the past she has taken on management responsibility for leading KS1, Lower KS2 and Upper KS2 and been part of the ILT in three different schools. She has also had experience leading Assessment and CPD and has worked with the Faculty of Education and acted as mentor for many Newly Qualified Teachers.

She has discovered one of the advantages of having taught in the same school for a number of years, is the relationship she has been able to build with the families of the children. Getting to know the parents through parents’ evenings, PTA events etc. has been very rewarding. 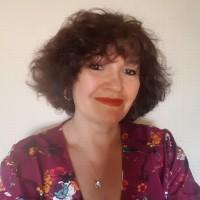 Rae has been a head teacher since 2007, formerly at The Spinney Primary School, Cambridge and at Milton Road since January 2020. Rae describes being a headteacher as the best job in the world! Interested in policy and passionate (some might say obsessed) about education, Rae was a member of the Primary Headteachers' Reference Group at the Department of Education for 9 years. Rae is a National Leader of Education, a co-founder of the Cambridgeshire Festival of Education and of MyCambridge Cultural Education Partnership. Rae is the first ever Ambassador for Smiley Education Talks. Rae has contributed to several books on education and has written her first book "The Headteacher's Handbook" which was published by Bloomsbury in August 2021. With an ambition to #NetworkTheNetworks Rae has recently joined the Foundation for Education Development as a member of the Executive Team. Rae is a Fellow of the RSA (FRSA), a Founding Fellow of the Chartered College of Teaching (FFCT) and in October 2021 was delighted to receive an Honorary Fellowship from The University of Suffolk.

Alison has been working at Milton Road Primary School for just over 5 years as Inclusion Manager. She coordinates the extra support given to children to help them to overcome any academic, emotional or social barriers to learning. Before working at Milton Road, Alison was briefly a Year 4 teacher at St Paul's primary school here in Cambridge and prior to that she worked at a school in Manchester for ten years where she was a class teacher and also Special Needs Co-ordinator. Alison has also been a parent at Milton Road for over 10 years, with children at Hills Road and Chesterton Community college. She hopes to represent the views of the teaching staff to the governing body and also to offer an insight into the day to day practicalities of life and learning for the children at school.

The governing body sets the remit and focus for the following committees:

Governors are assigned to Committees, but there is an open invitation to all Governors to the Teaching & Learning Committee and the Resources Committee Meetings.  The Head Teacher sits on all the main committees.  Governors share collective responsibility as a governing body and individual governors will act as champions for particular areas.

The Governors meet regularly to review the work of these committees and evaluate the school’s overall effectiveness.