The netball club had their first match on Thursday morning against old rivals Newnham Croft. This friendly match was held at 8am and was the perfect way to wake up! There were two matches, both closely fought. The Milton Road red team played well holding the score to a 2 -1 win for Newnham Croft. Afterwards they exclaimed that they needed to communicate more effectively and they could then have won.

The gold team played some very skilled netball with long passes featuring as a particular strength. The score at the end of the first quarter was one all. The next two quarters were played with no goals making it into the hoop. So it was all to play for in the final 5 minute session. Despite some excellent interception and close marking our opponents managed to score 3 more goals (two very talented boys as GS and GA) leading to a 4-1 defeat.

All the Milton Road players agreed how friendly the Newnham Croft pupils were off court but that they were fierce when playing - a good lesson to learn before we begin our more competitive matches in a couple of weeks time!!  Both schools showed impeccable sporting values across the morning, taking time to shake hands at the end and comment ' Good match!'

The netballers have their next friendly on Tuesday after school against St Alban's school. 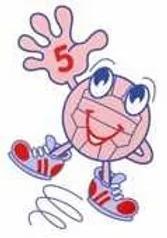