It's hard to believe another few weeks have flown by! Our learning adventure has continued in Year 5, exploring forces, different genres of writing, new mathematical concepts and much more! Despite Christmas fast approaching, Year 5 made time to have a celebratory Greek day to consolidate and extend their learning on Ancient Greece.

We have handed over to some of them (Sam, Dylan, Caleb and Sophie) to share what happened on the day. We hope you enjoy the pictures too!

On Tuesday 8th December, Year 5 had Ancient Greek day. Some of the children dressed up as Greek people, with some wonderfully creative costumes on show. At the start of the day, Year 5 carved their ancient Greek names in soap using lolly sticks and pencils. We studied some philosophers from Ancient Greece and took part in a lively debate about fairness and sharing. When break was over, we got into groups and made (and played) a top trumps game based either on characters from Greek mythology. We played the games in groups. During this, small groups were taken outside to plant olive stones that Ms Lawrence had carefully collected (and washed)!

After lunch both classes enjoyed art and recreated a special Olympic games. We used pencils and pastels to sketch and colour a portion of a pomegranate. Luckily, we got to taste the fruit afterwards! Each class had the chance to troop out onto the field, ready for the Greek Olympics. We were put in groups of 5 or 6 and given a few pieces of equpiment. The first challenge was the chariot racing - riding on horses made from metre sticks and a cut-out horse head on top! The next challenge was racing while wearing armour (bat and frisbee)! After that was over, the final challenge was to throw a javelin as far as we could. Everyone went home with a smile on their face! 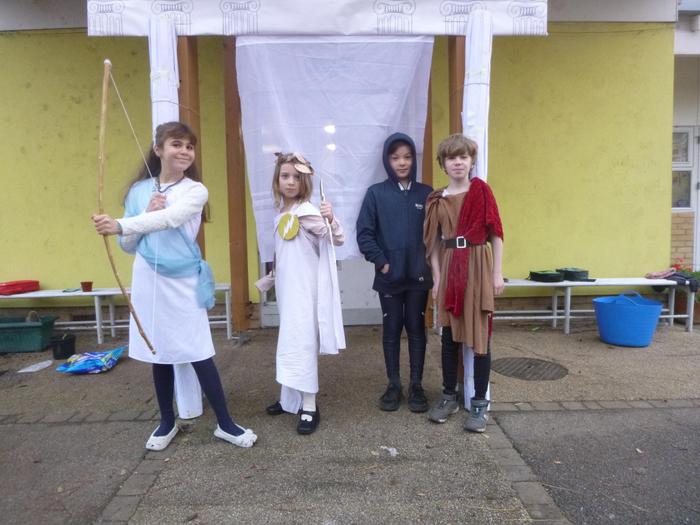 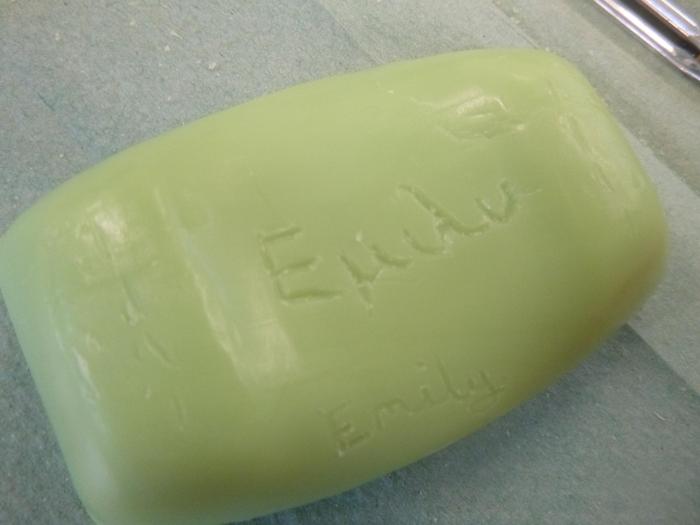 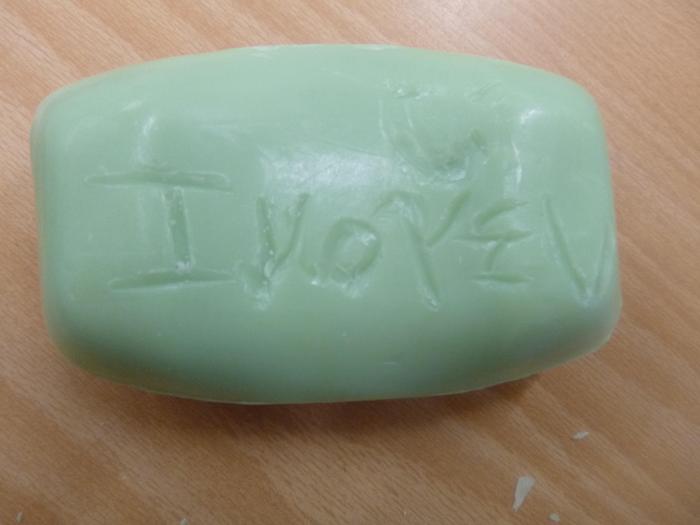 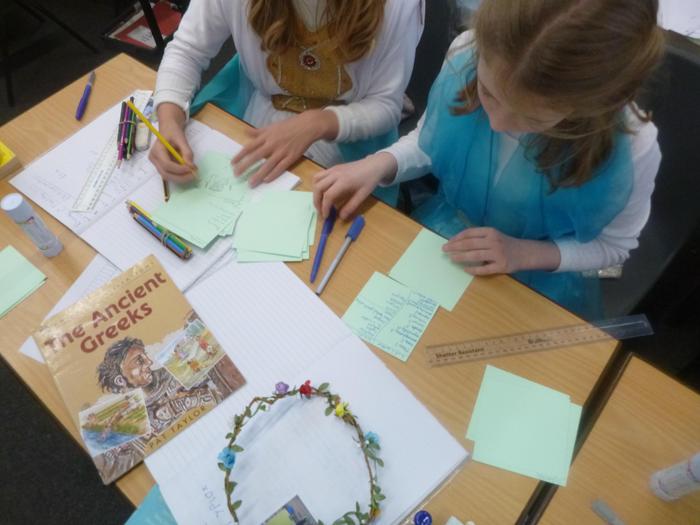 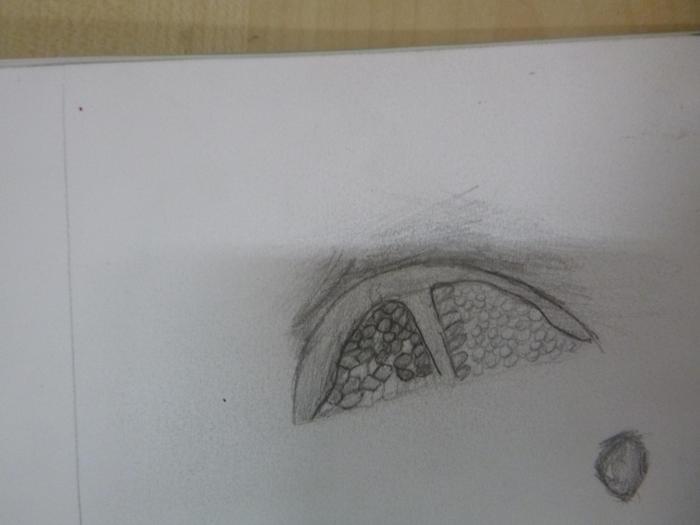 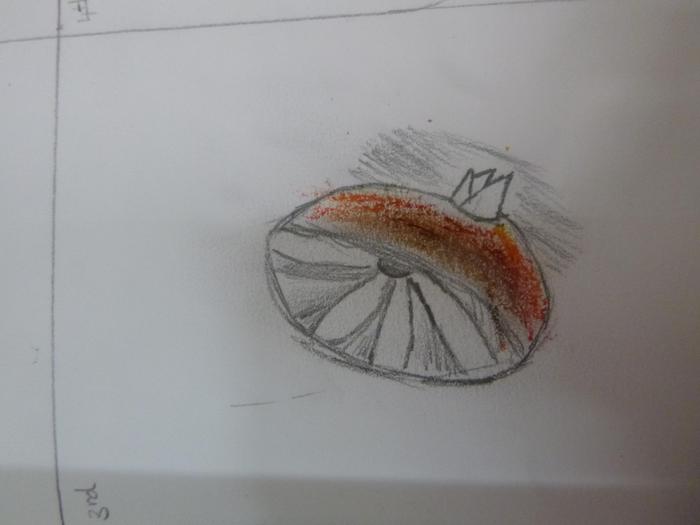 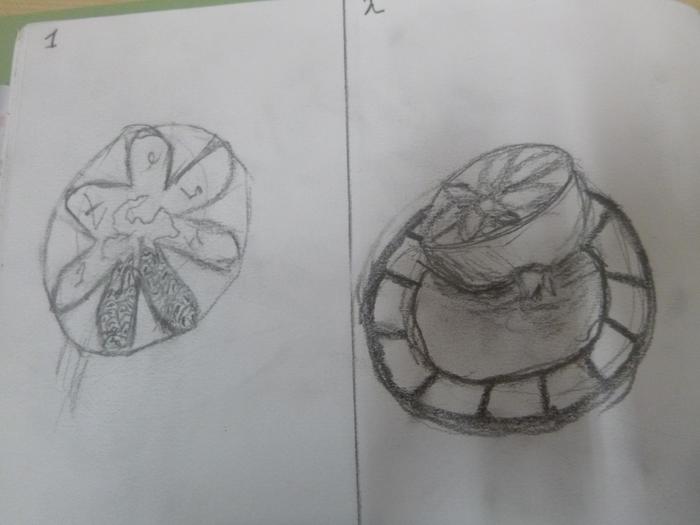 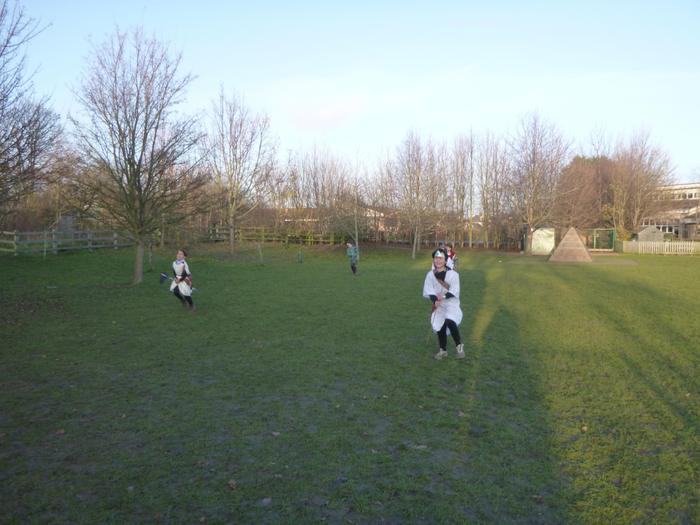 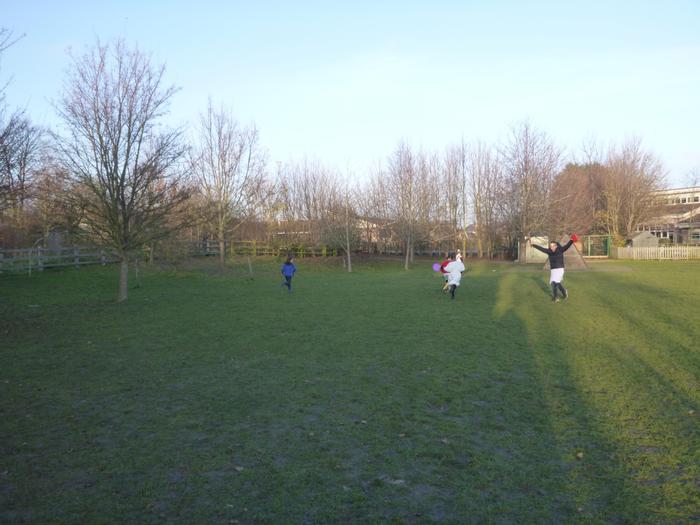