The Milton Road boys' football team took part in the exciting EFL Kids Cup on Friday afternoon at Bottisham.  The team was one of 14, taking part from around Cambridge. The teams were split into two leagues before matches at the end were played to decide overall positions.

Each season the EFL organises this cup competitions for junior footballers from schools across the country, with the finals being played in the build-up to some of the biggest matches of the domestic season.  The Kids Cup comprises of a six-a-side competition for U11 schoolchildren and culminates in three finals across the EFL Play-Off weekends in May.

Each match was 8 minutes long so it was important to play your best game right from the start whistle. The boys played extremely well and managed to win their League over the course of 6 matches. This meant they then had to play the winner of the other League round. This turned out to be Colville Primary School.

After some extremely close football, unfortunately the score was not in our favour: Colville had won by 2 goals to nil. However, the boys returned home in high spirits having been runners up!

Well done to all the boys who played. 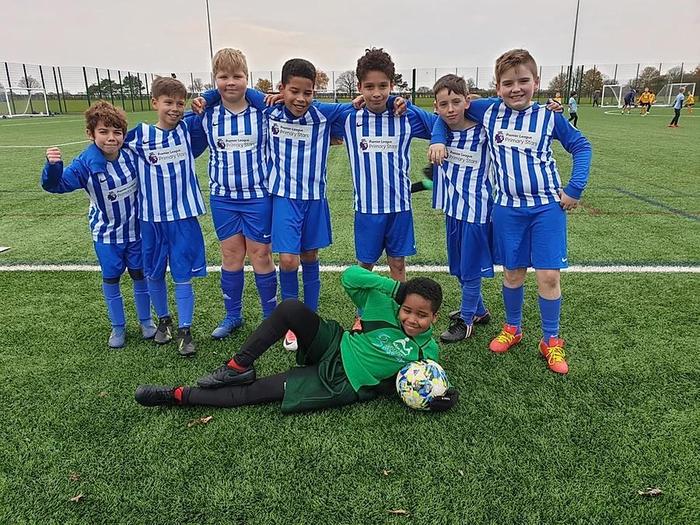