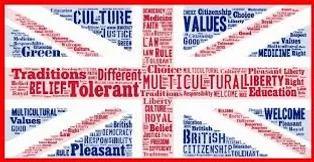 As of September 2014, the DfE requires all schools to promote the historical and current values that underpin the national identity known as 'Being British'. As such, all schools are required to ensure that their curriculum actively promotes these fundamental British values.

British values have been defined as:

At Milton Road Primary School, our focus on our 6 key values of:

supports us in promoting British Values, as there is a clear and fundamental link