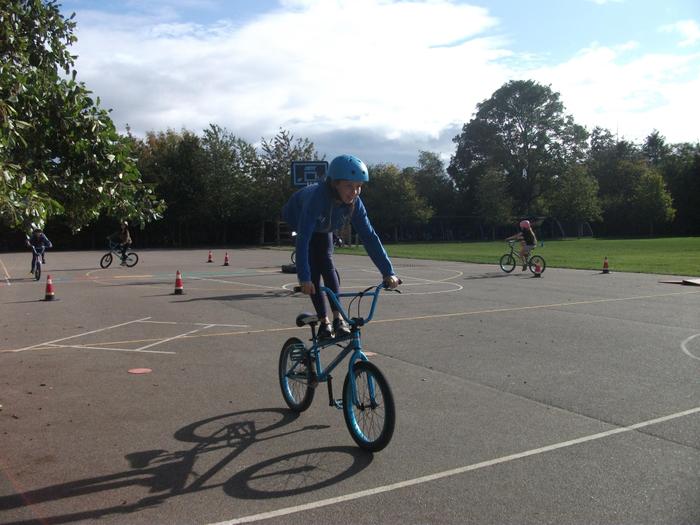 On Tuesday, Mike Mullen BMX half pipe champion visited the school to work with all the Year 6 children. In the morning there was a presentation about his early life and how he was often easily put off in PE and in the classroom. He described it as choosing to go through the ‘I can’t’ door. But then, as he began to learn to ride the BMX bike he realised that in order to learn he first had to fail. Trying to do the same trick over and over again made him more resilient and he learned how to break the trick down to make it simpler. He calls this strategy flearning – learning through failing at first. He went on to amazing success in national and worldwide competitions and now gives talks to schools and adults about the importance of a growth mindset.

In one hour workshops, the children were then taught a series of tricks. Each one first demonstrated and then the small steps to the final trick being carefully explained. Starting with a small jump and then moving on to harder moves like the ‘candy bar’, the ‘can-can’ and the ‘Titanic’ soon all the children were performing and amazing themselves with what they could do. Support for their friends was in great evidence and was a joy to behold. A child who had never been on a bike before was taught to ride in just over an hour. The difference a positive outlook makes know no bounds.

The children went home buzzing with what they had learned and just what they were capable of if they gave it a go! 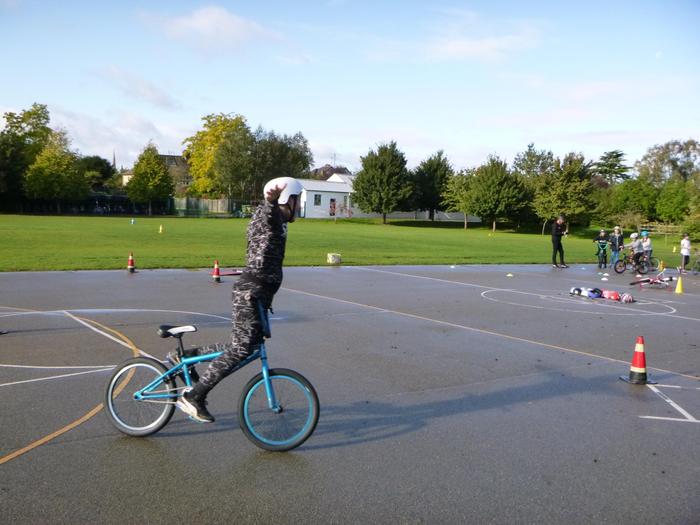